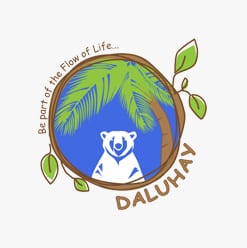 The love for nature, the passion for working with marginalized communities, primarily the fisherfolk and indigenous peoples from the central Sierra Madre in northeast Philippines led to the establishment of Daluhay, a moniker for Daloy ng Buhay, which translates in English to flow of life. Daluhay has also adopted the concept of think global, act local as expressed by the phrase, one planet – one future. Daluhay envisions a world based on human equity and responsible engagement for environmental sustainability where people are integrated with ecological systems from local settings to global functions. In April 2010, Daluhay became registered as a non-government organization with the Philippine Securities and Exchange Commission and is currently based in Aurora Province. Since then Daluhay has expanded into areas of biodiversity conservation through the concept of ethnoecology – people as part of the ecosystems. The primary focus has been on the establishment and management of locally conserved protected areas, food security and poverty alleviation and included efforts in forest, agricultural and marine ecosystems through community-based engagement on social development. Daluhay facilitates an enhanced inclusion of people in the ecosystems on which they depend and the development of feedback loops that link people to positive change for a sustained biosphere, as a specific approach (that we consider to be best defined by the term: ecosystemics). We aim to help establish better links between human health and the environment in an ecohealth approach.

Looking to protect an area?

Do you work for an organization specializing in tropical land protection? Join our efforts to protect imperiled landscapes and stop species extinction.